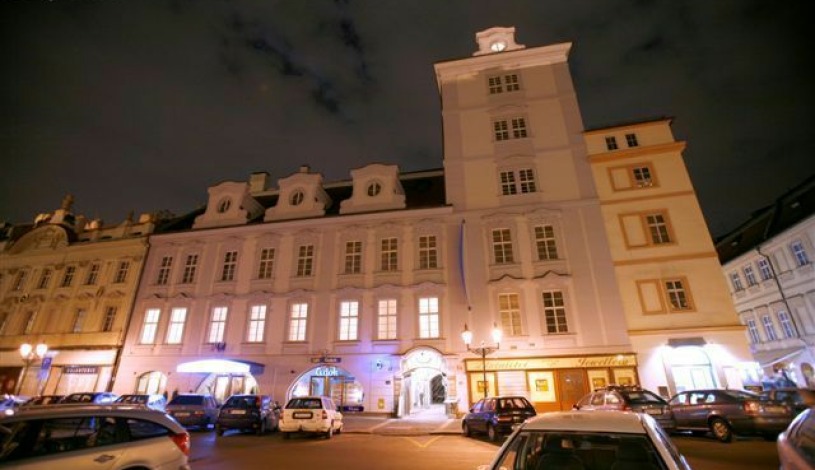 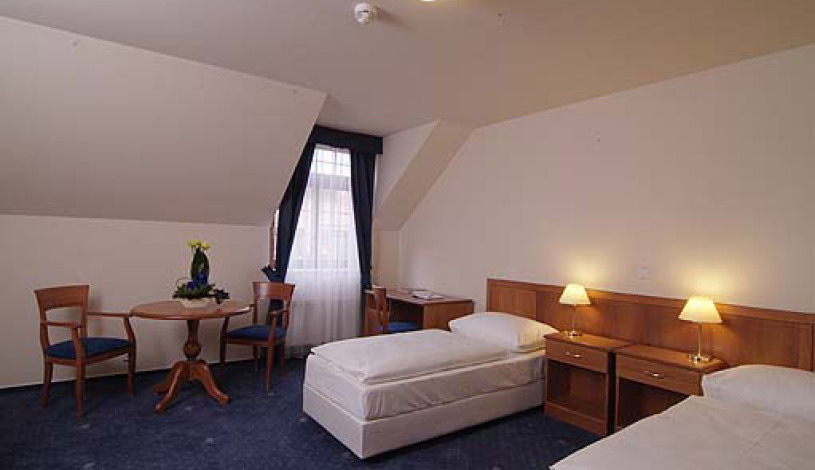 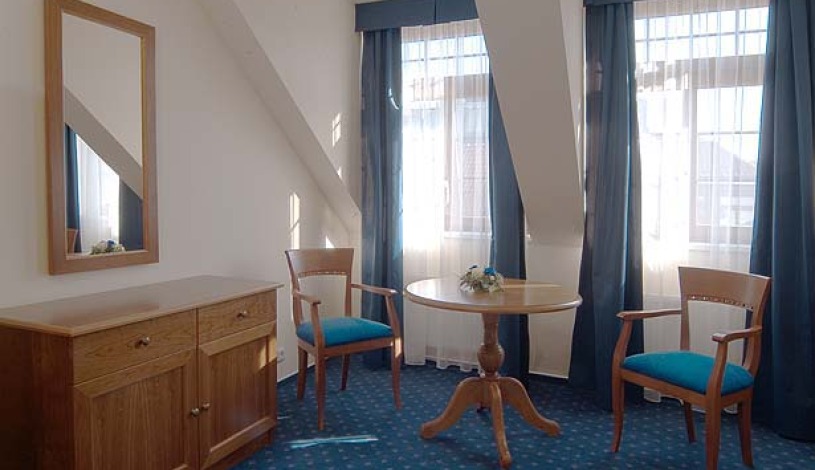 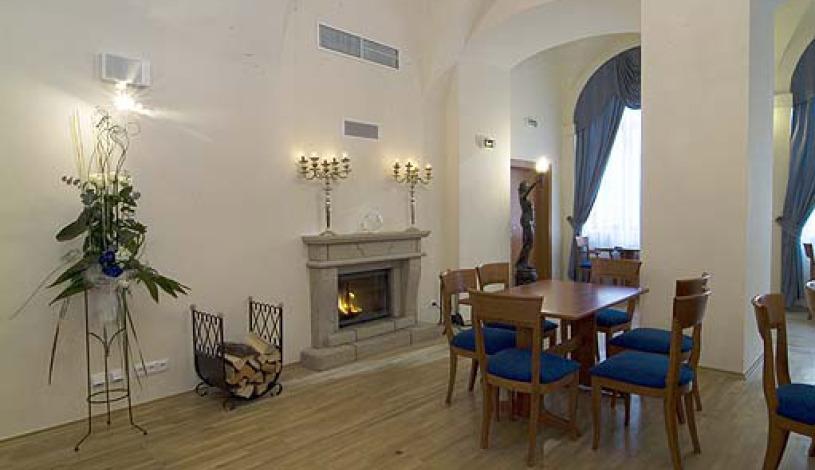 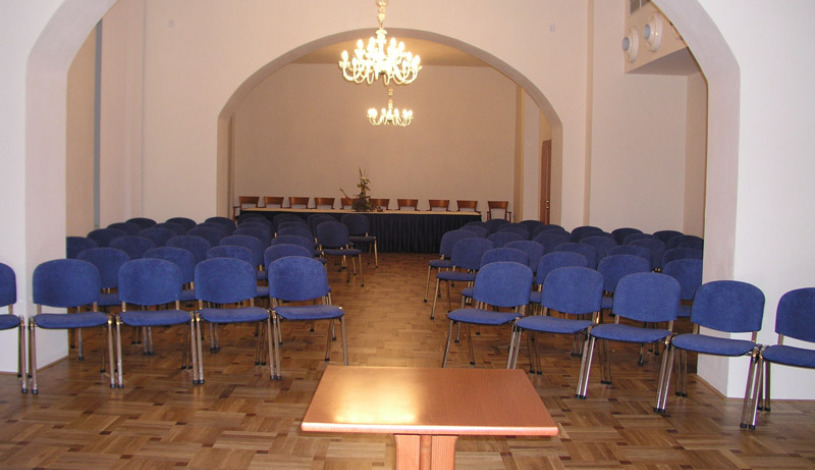 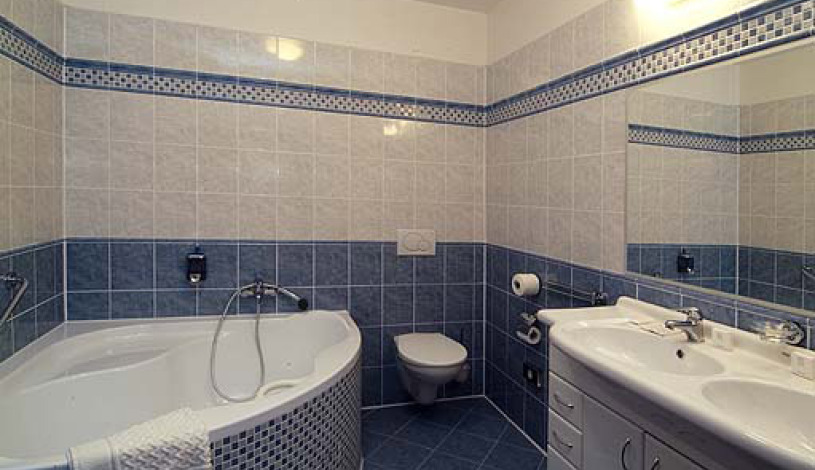 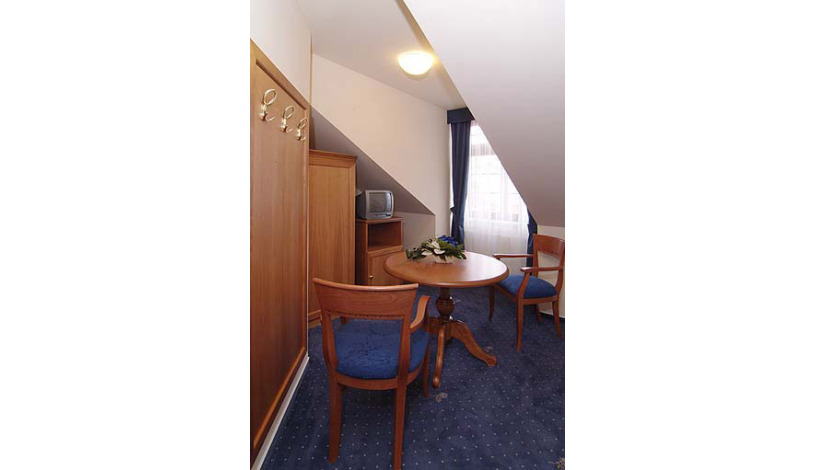 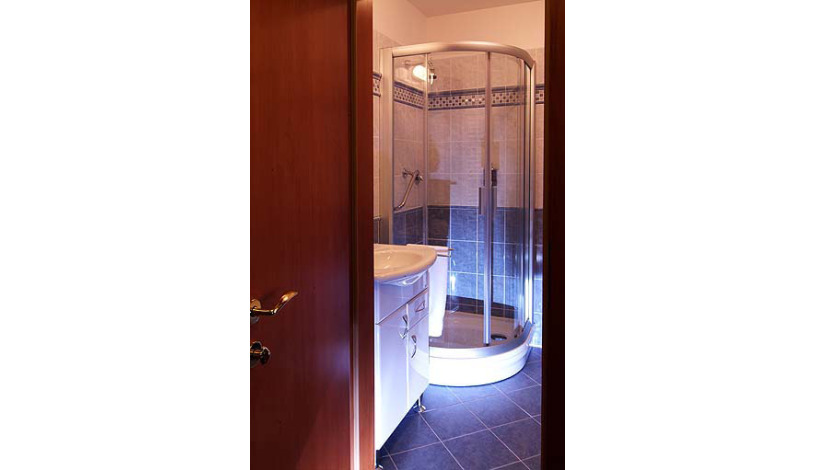 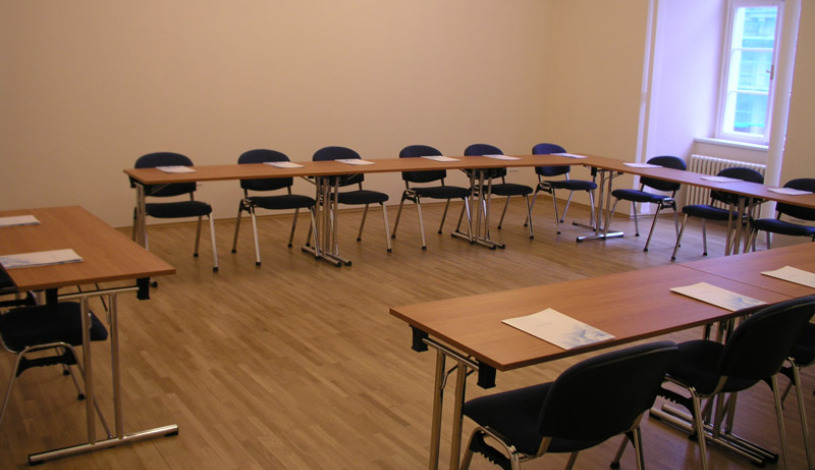 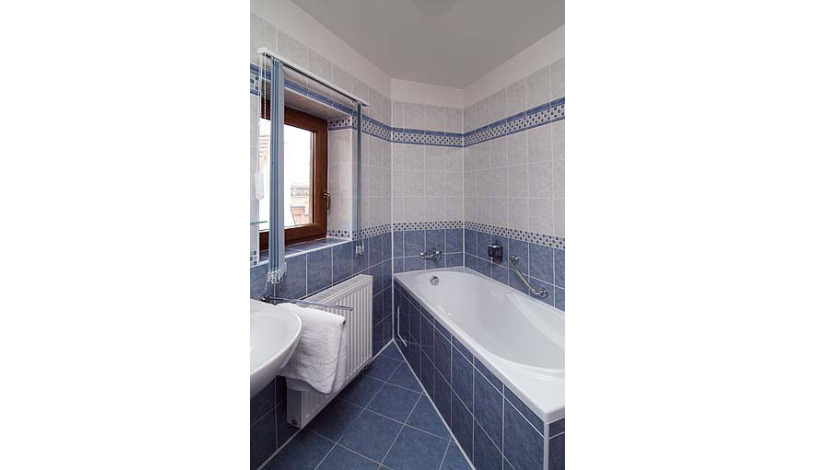 The Blue Rose offers Prague accommodation for 100 guests in:

Gastronomy in this hotel in Prague

In the luxury restaurant at the cellarage of the house you can try both international and traditional Czech cuisine, taste the best wines from the extensive wine list, and listen to intimate piano overtones. The restaurant atmosphere is very suiting for business meetings and pleasant stays with your friends.

After a busy day you will surely welcome an appetizer or a glass of good Moravian or foreign wine. Night bar contains a club room with a fireplace and a room with a plasma television.

The bar at the hotel’s ground floor offers the great Pilsner beer, high quality coffee, and other hot drinks including mull and grog. If you wish to have a something stronger, you can choose from the broad variety of spirits. The bar also contains a rich assortment of nonalcoholic drinks.

The summer-garden is also available at the front of the hotel in Prague in the Rytířská Street.

The location and appearance of the conferential rooms in the Blue Rose Hotel makes them suitable not only for conferences or trainings, but also for all other sorts of social gatherings.

For such occasions this Prague hotel can offer you three different halls that are located next to each other. The largest hall has a capacity of 120 persons, whereas the two smaller once have capacities ranging from 20 to 45 persons. 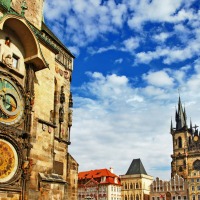